One Speedlite Adaptor - Many Options

Portable battery flash has revolutionised the way many photographers work, especially since the introduction of the compact lithium-ion (Li-on) battery.

If you own a Speedlite or the any of the new generation of small portable battery flash such as the Pixapro LI-ON580 MkII, PIKA 200 or Hybrid 360 (Godox V860II, AD200, AD360), sooner or later you’ll want to mount your flash to a light stand and use light modifiers or shapers.

One option is to use the Pixapro SMART Speedlite Adaptor (Godox Speedlite Bracket) which features and standard ⅝” female light stand receptor and a clamp to secure the flash in place. The SMART Speedlite adaptor is available to fit both Bowens S-Type & Elinchrom EL soft box & modifier fittings; the outer ring fits the majority of pop-up soft boxes and umbrellas with shafts unto 8mm are accommodated with a secure locking screw.

When mounting your bare bulb flash in the bracket you’ll notice a gap between the flash tube and mount - with a Speedlite this isn’t too much of an issue as the fresnel lens of a Speedlite projects the light forward, rather than spreading it as bare build flash does. This gap between the mount & flash tube with bare bulb flash i.e. PIKA200 & Hybrid 360 results in light loss or inefficiency.

This inefficiency can be eliminated by using a Hybrid360 Quickbox Adapter Ring which is attached to the flash unit once mounted in the bracket. This eliminates any loss of light to the rear of the bracket/modifier & concentrates the light emitted in the modifier which can result in a ⅔ stop* gain in output. 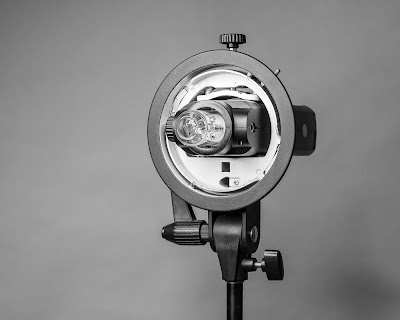 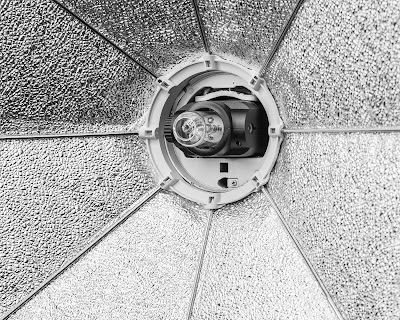 With the EL Bracket you can use Elinchrom Portalite & Rotalux soft boxes, plus other more specialised accessories such as the MiniSpot Lite gobo projector with the new generation of portable battery flash!


When using umbrellas with the SMART Speedlite Bracket it’s recommended to use the 120º reflector as a spill-kill to keep the flash beam inside the circumference of the umbrella. 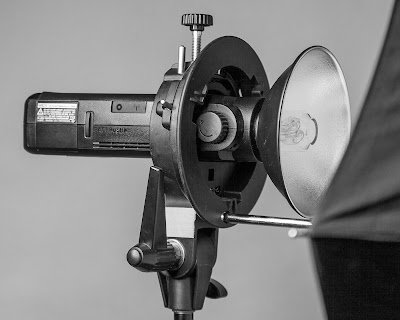 When using a pop-up soft box I prefer a bare bulb flash as the light is distributed in the soft box evenly, rather than projected from the fresnel lens in front of the linear flash tube and then partially reflected back from the diffusion material - see my blog for further information https://ianpack.blogspot.co.uk/2013/03/soft-boxes-and-shadows.html


In conclusion - by using the Hybrid360 Quickbox Adapter Ring you create a continuous reflective area inside the flash modifer/shaper when using mounting your flash with the SMART Speedlite Adaptor bracket and increase output by approximately ⅔ stop.

My thanks to Yang Wu, Ling Tan & team at Pixapro for providing such great service. If you're in the UK do support them as they do offer a 2 year warranty on their products and it really does save a pile of hassle by not dealing with a overseas supplier of potentially unknown provenance who may not be there when you need them . . .

Soon there will be workshops for both off camera flash & studio flash soon - keep an eye on my social media channels for more information.


That's it for now and don't forget if you really enjoy lighting to visit and join The LIGHT Side - a place to learn, be mentored, nurtured and learn about lighting, lighting and photography, whatever your level or experience.
Email Post 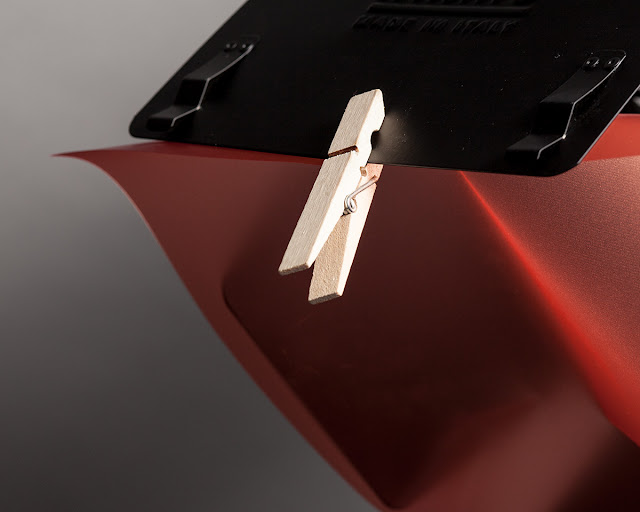